It use to be that $10,000 was the reporting limit where banks are supposed to let the IRS know you received money.

This Sovereign Debt Crisis is getting so bade and unemployment is really runny closer to 17%, that pretty soon if you find a quarter in a parking lot a surveillance camera will send a picture to the IRA and they will fine you $1,000 for cheating them out of their 15 cents. This is all about money now.

We tried at three Post Offices and listing the content as “coins” led to a refusal to accept the package. Trying to explain the “Roman” coins were not negotiable, proved fruitless. No doubt professional coin dealers were NEVER intended to be shut down. Obviously, being in that business probably led to some moron calling and being told they were not negotiable under the rules.

“a wise and frugal government, which shall restrain men from injuring one another, which shall leave them otherwise free to regulate their own pursuits of industry and improvement, and shall not take from the mouth of labor the bread it has earned. This is the sum of good government.” 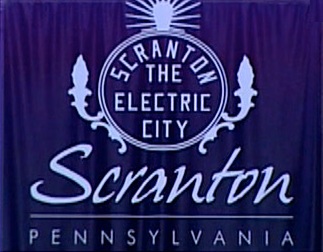 If anyone still thinks I have exaggerated the Sovereign Debt Crisis, you better wake up and smell the roses before the coffin slams shut. The mayor of the city of Scranton, Pa, has been faced with a devastating collapse in revenue creating a crippling cash flow problem. I have been warning the model for what has been taking place is the same as the collapse of the City of Mainz. They raised taxes, chased the rich out of town, and were left with those who did not pay taxes, and still had their hand sticking straight out.

Philadelphia will raise its property taxes and destroy what is left of its economy before the politicians there wake up and say – oh shit! Scranton has been one of Pennsylvania’s largest cities who chased worthwhile citizens out of town. Last week, it distributed paychecks to city workers that cut wages to the legal minimum. They are dead broke. Scranton’s 398 city workers were paid a reduced rate of $7.25 an hour. No doubt – they are overpaid now because they will do nothing at all.

The pay cut, which Mayor Chris Doherty has threatened since late June, was carried out even though a coalition of unions had been granted a court injunction that prohibited the mayor from slashing wage rates. The mayor simply said he had no choice and one has to ask – will the court come up with the money if the city can’t?

This of course has the local union critics contending it is never their fault for demanding so much, it is the taxpayer for not paying their “fair share” as they see it and the years of financial mismanagement by the city’s political leadership. Never do employee or unions ever have anything to do with anything. To beat the court order, use the Supreme Court Obamacare decision that say the taxing authority is unlimited. Pay the wages at the normal rate byt impose a surcharge tax of 85% on government workers. The court cannot overrule that thanks to the Obamacare decision and that will shut up the unions. – No charge for that political advice!

All governments are plainly operating on the assumption they can do as they like and pass the bill to the taxpayer and if he refuses to pay, seize their home, sell it and imprison them. This sort of perpetual structural deficit is self-evident in every level of government since World War II. The system is fundamentally unsound. There is never any planning, nor is there any realistic fiscal management.

The bond holders and lenders were no doubt spooked after the city council refused to make payments on debt issued by the city’s parking authority. A flurry of resignations followed, and the bond trustee has been replaced. But this is just the beginning. I have been warning – get the hell out of munibonds. Not ever one will default, but if the Feds go, as they will, you will get the short-end of the stick.

We are facing a massive round of tax increases and government at every level tries to keep the game going. There will NEVER be reform until the fat lady screams. We are beyond a mere song!

So be careful. We are trying to get the computer models full functioning by September. This is going to be a wild fall this year. Then we have 2013, and the rise in geopolitical tension begins in 2014. We then get the two year spike and the cliff for 2016 into 2020.

This is going to be one hell of a ride in both directions that will often appear to be even simultaneous. You just cannot forecast this kind of stuff by the seat of your pants. It will take a global computer monitoring everything worldwide 24hrs 7 days a week just to survive this one. Why do you think they have been trying to block the computer models with a sense of desperate frustration. They think if nobody forecasts anything, then it will not happen. Braindead! 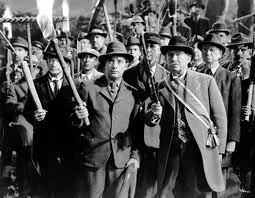 The British Scandal of how Barclays got caught rigging LIBOR is just the TIP of the real iceberg. The big banks are traders, not bankers. If you have to speculate to make the big bucks, you are a hedge fund – not a banker. The problem is that the banks get inside info because they get to look at the portfolios of clients. If anyone else did that, it would be called “insider trading” and they would destroy your firm if you were outside of New York City as they did with Drexel Burnham of Philsdelphia.

The Financial Industry is spiraling down a path that they better wise up or they will be destroyed. The mob will blame them for the entire era of politicians who have borrowed and left society in a position that they can never pay back the debts. Hitler’s support against the Jews began as getting the “Jewish” bankers. History repeats and if we do not stop this spiral, when the shit-hits-the-fan, as the say, you can count on the politicians pointing their fingers at the bankers and declaring – See, it ain’t us. It was them!

This always plays out the same way. Gretchen Morgenson’s piece in the NY Times, The British, at Least, Are Getting Tough, illustrates the stark difference between New York and the rest of the world. It is time to clean house before it burns down.

Armstrong Economics
Create a free website or blog at WordPress.com.